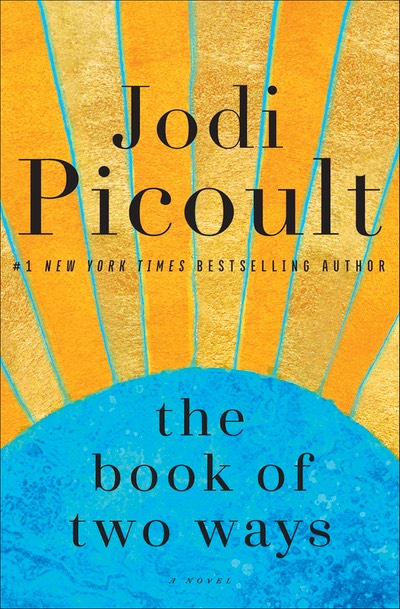 The Book of Two Ways

From the #1 New York Times bestselling author of Small Great Things and A Spark of Light comes a riveting novel about the choices that change the course of our lives.

Everything changes in a single moment for Dawn Edelstein. She’s on a plane when the flight attendant makes an announcement: prepare for a crash landing. She braces herself as thoughts flash through her mind. The shocking thing is, the thoughts are not of her husband, but a man she last saw fifteen years ago: Wyatt Armstrong.

Dawn, miraculously, survives the crash, but so do all the doubts that have suddenly been raised. She has led a good life. Back in Boston, there is her husband, Brian, her beloved daughter, and her work as a death doula, where she helps ease the transition between life and death for her clients .

But somewhere in Egypt is Wyatt Armstrong, who works as an archaeologist unearthing ancient burial sites, a job she once studied for, but was forced to abandon when life suddenly intervened. And now, when it seems that fate is offering her second chances, she is not as sure of the choice she once made.

After the crash landing, the airline ensures the survivors are seen by a doctor, then offers transportation wherever they want to go. The obvious option for Dawn is to continue down the path she is on and go home to her family. The other is to return to the archaeological site she left years before, reconnect with Wyatt and their unresolved history, and maybe even complete her research on The Book of Two Ways--the first known map of the afterlife.

As the story unfolds, Dawn’s two possible futures unspool side by side, as do the secrets and doubts long buried beside them. Dawn must confront the questions she’s never truly asked: What does a life well-lived look like? When we leave this earth, what do we leave behind? Do we make choices...or do our choices make us? And who would you be, if you hadn’t turned out to be the person you are right now? 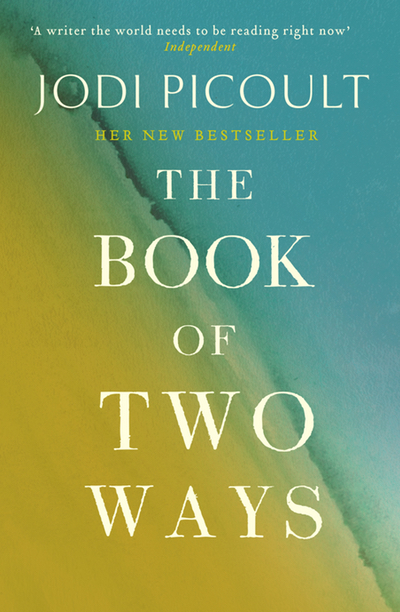 Photos from my journey to Egypt

To do research for THE BOOK OF TWO WAYS I spent a few weeks in Egypt, learning from one of the foremost Egyptologists in the US: Dr. Colleen Darnell. Here are some photos from my journey that directly reflect moments in the book!

In my novel, Wyatt and Dawn are working in Deir el-Bersha in tombs much like these. 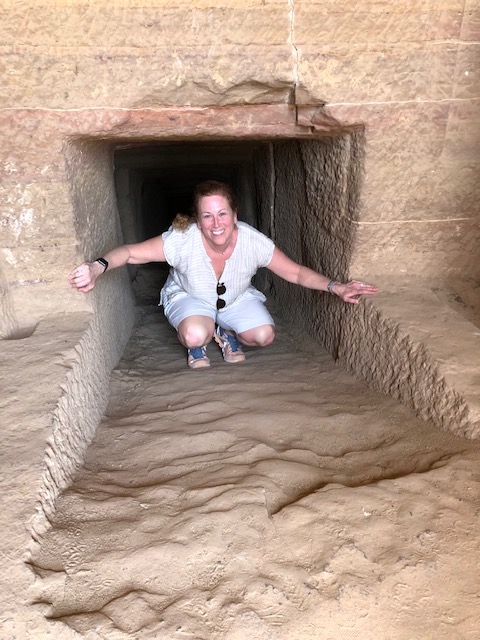 Crawling out of a tomb. 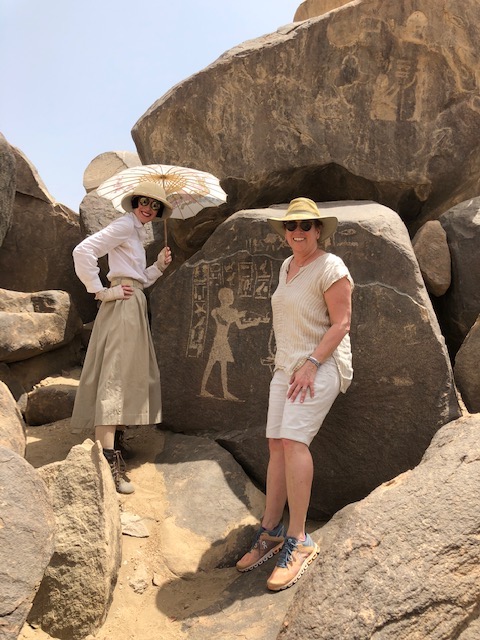 With Dr. Colleen Darnell, in front of some rock art near Aswan. At Tell al-Amarna, where Akhenaton ruled as pharaoh. What a line of rock-cut tombs looks like from afar. Those teensy holes in the rock are each a tomb. 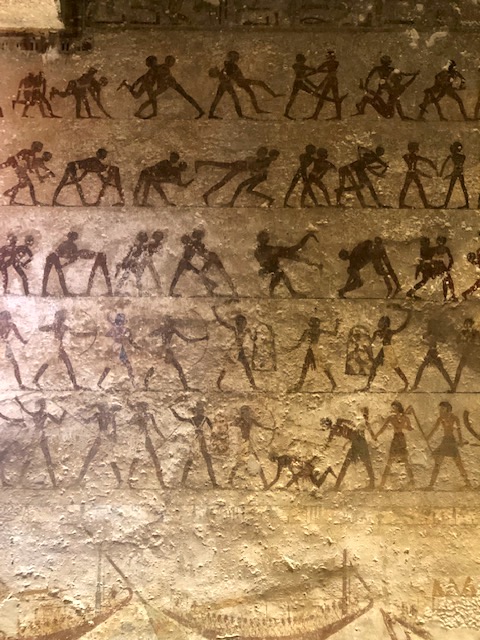 Baqet’s tomb has a whole wall of wrestling holds. I kid you not. 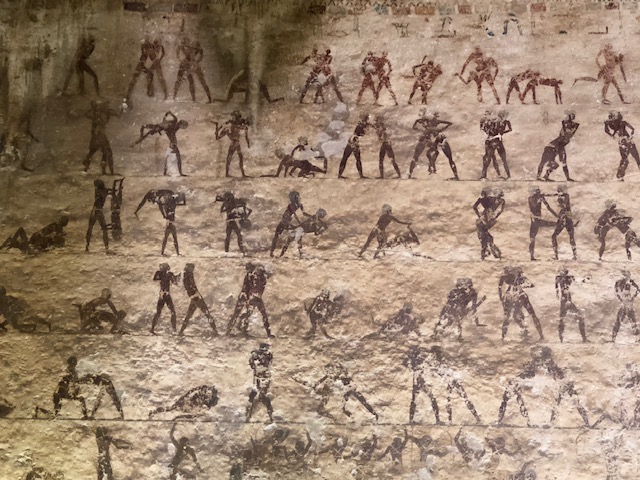 And a close up. 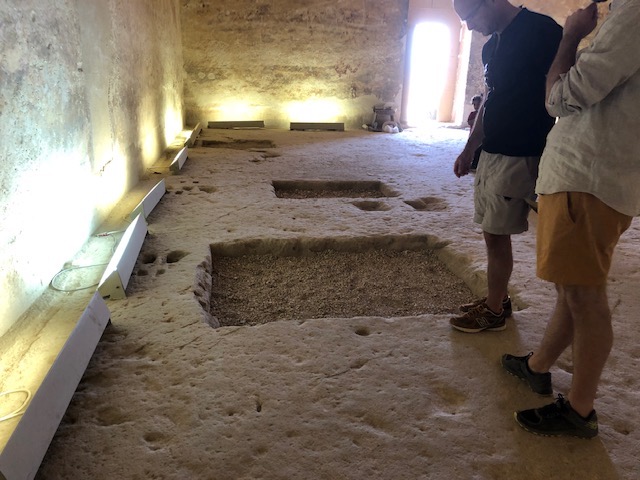 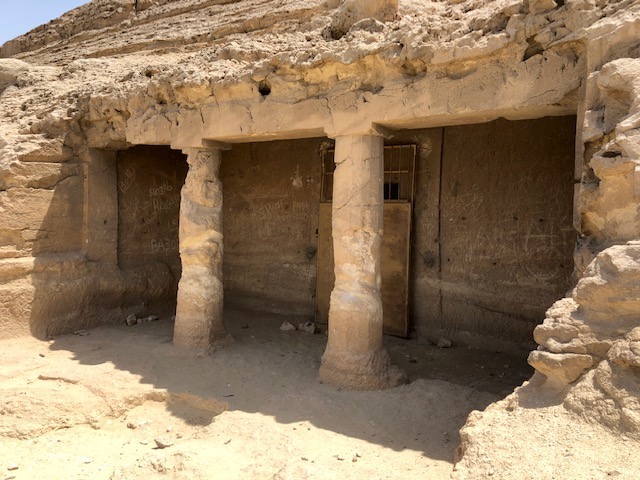 Entrance to a rock-cut tomb, not unlike what I imagined for the tomb of the fictional Djehutynakht. Kyle, for scale. Egyptian art would have made the deceased larger because he was most important. 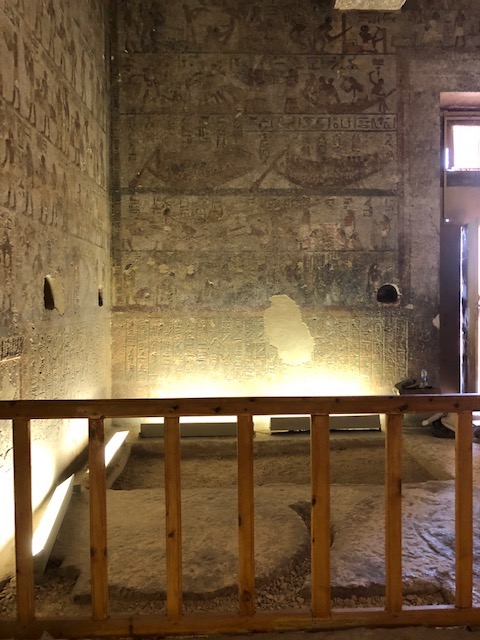 This is a burial shaft filled with debris. Wyatt would have spent years excavating this to reach the tomb chamber. 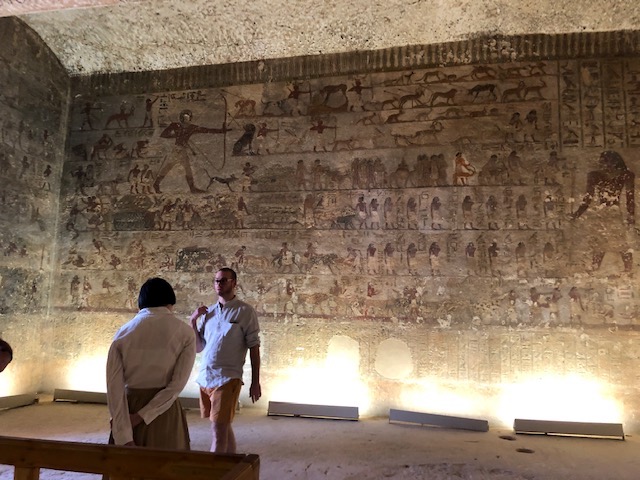 For scale, my son Kyle and Dr. Collen Darnell. 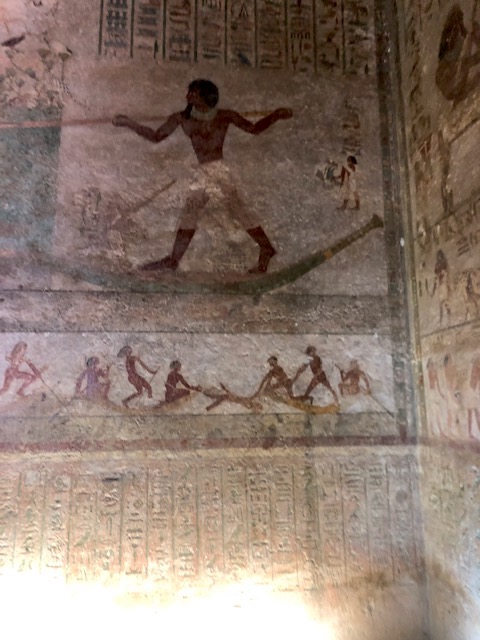 This gives you a sense of the artwork Dawn would have been copying. With my husband, channeling Nefertiti and Akhenaton. At a truck stop… with camels. Weighing of the heart against the feather of Ma’at in the Book of Going Forth By Day (Book of the Dead). What it would have looked like during Wyatt’s excavation. Kyle crawling out of a pyramid. The hieroglyphs for djet - linear time - and neheh - cyclical time. The Ancient Egyptians believed these could and did coincide. This is the whole message of my novel!